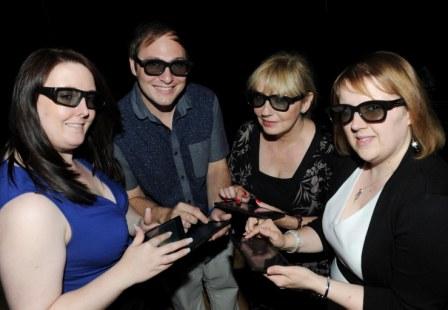 The High Sheriff of Somerset has praised an innovative 3D film produced by a local charity in a bid to tackle violence among young adults.

The interactive movie, produced by Stand Against Violence, in which the audience chooses the outcome, received its premiere this week.  (Wednesday, September 25).

The film builds on the success of SAV’s first documentary, which retells the story of the death of Lloyd Fouracre, 17, who was killed in a tragic attack on a night out in Taunton in 2005. That film has been shown by SAV to thousands of children in schools and youth clubs in a bid to educate them about the consequences of violence.

Lloyd’s brother Adam, founder and CEO of SAV, said: “The new film, produced with the help of IT specialists SwiftTech, pushes the boundaries of what can be achieved in terms of 3D interactivity in the classroom, and we believe what we have produced is unique in the UK.

“Members of the audience can, at certain points in the film, choose what happens next to the central character, either by using handheld android tablets or a smartphone app we have developed.

“Endings of the film include just a good time with friends, an embarrassing night, out, to ending up in court or, in the worst-case scenario, death. It’s very powerful stuff.

“Rather than passively watching a DVD and then discussing the outcome, with the new interactive 3D film members of the audience become participants and so much more emotionally engaged in an experience where they can clearly see that their action have consequences, and that they could be negative.”

Speaking after seeing the film at the launch, the High Sheriff of Somerset, Maureen Whitmore, said: "It was a very powerful and very moving film. Adam sent me a letter about the launch and as I'm interested in helping people realise the effects of alcohol, I was pleased to come along.

"This 3D film is such a powerful tool, I hope that it helps people stop and think about the consequences of their actions."

Teacher Martin Wilkins, of the Castle School in Taunton, added: “To say the presentation and film was powerful is to understate the effect it had on me.  As a PSHEE co-ordinator for a large secondary school I would urge anyone in my role elsewhere to use the charity and resource to create true emotional impact and reflection into the realities of drink-related youth violence.” 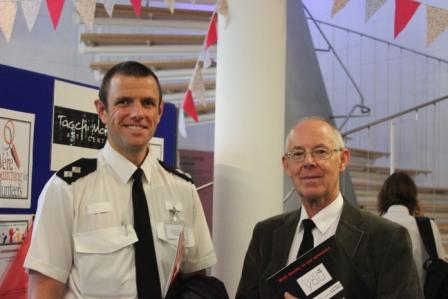 Also among the audience at the launch of the film at the Tacci-Morris Arts Centre in Taunton was the Police and Crime Commissioner for Devon and Cornwall, Tony Hogg.

He said: “This was a very moving event and I was impressed by the dedication and commitment that Adam Fouracre has shown in getting the movie made. It was an engaging and thought-provoking film and I would encourage all schools across the South West to work with Stand Against Violence as they bid to prevent future tragedies.”

Adam said: “It was very encouraging to see so many people at the premiere, and I hope they will now spread the word about the film and its message about the effects of violence on the perpetrators, victims and their families.”

To find out more about SAV and its work, please visit the website www.sav-ed.co.uk. 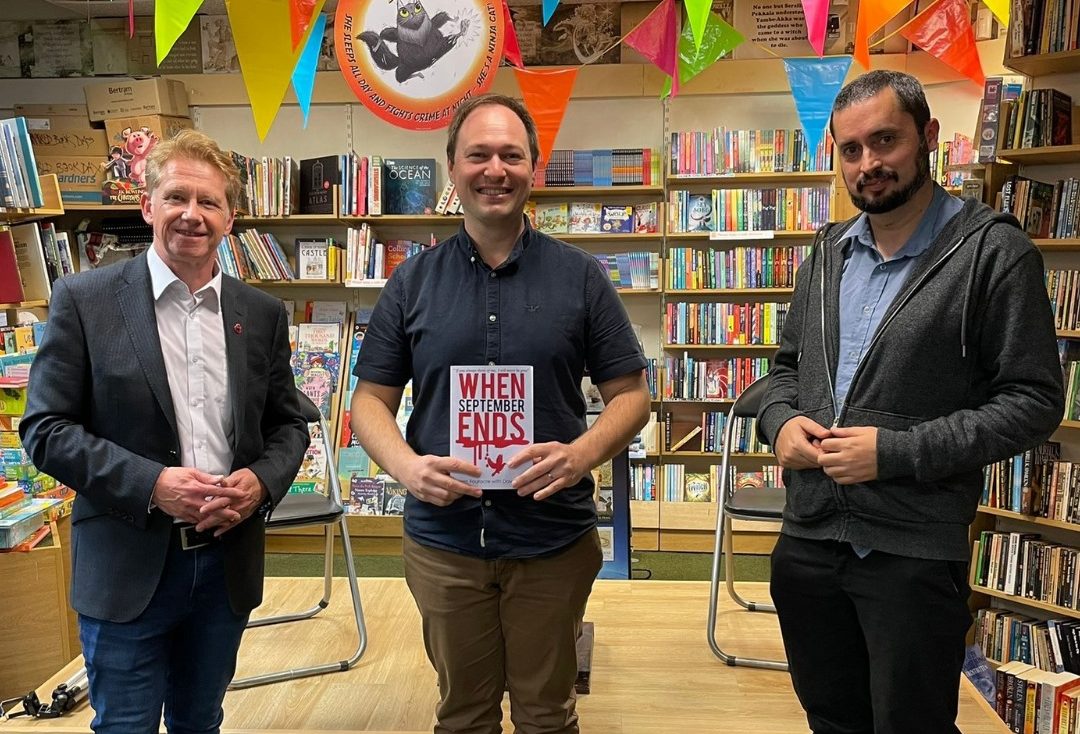 Friday November 12th 2021 On Friday 12th November at 18:30, Adam launched his book - "When September Ends", with a wonderful book launch event at Brendon Books in Taunton. He was joined by 35 members of the public, and special guest Simon Parkin from BBC Radio Somerset, who interviewed Adam.The event got underway with a…
Read more 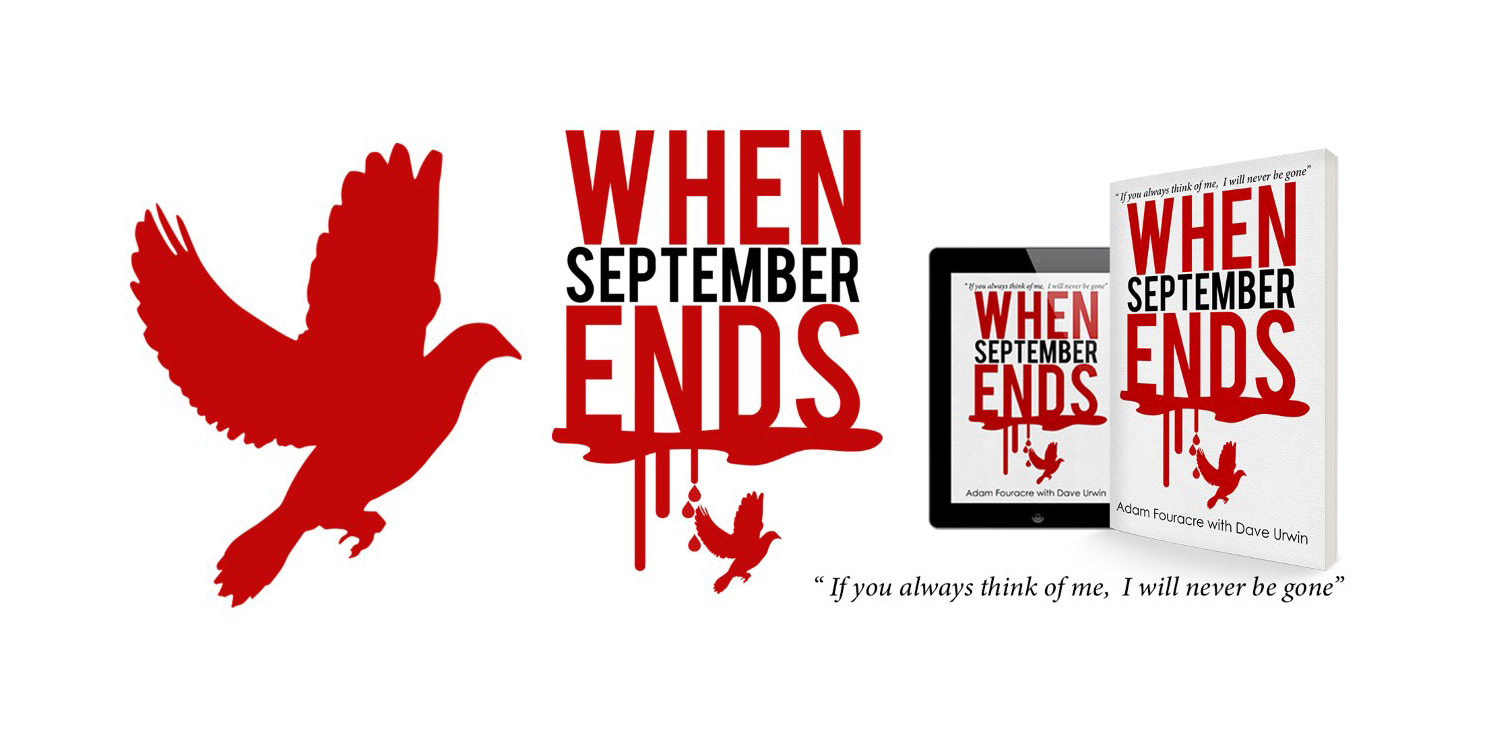 When September Ends – a book by Adam Fouracre with Dave Urwin

In June 2019 I was honoured to receive an e-mail from Adam Fouracre, CEO of Stand Against Violence, asking me to help him put together a book of the charity’s story and the events surrounding the attack on his brother Lloyd, whose death led to the formation of SAV. I was also a little nervous,…
Read more 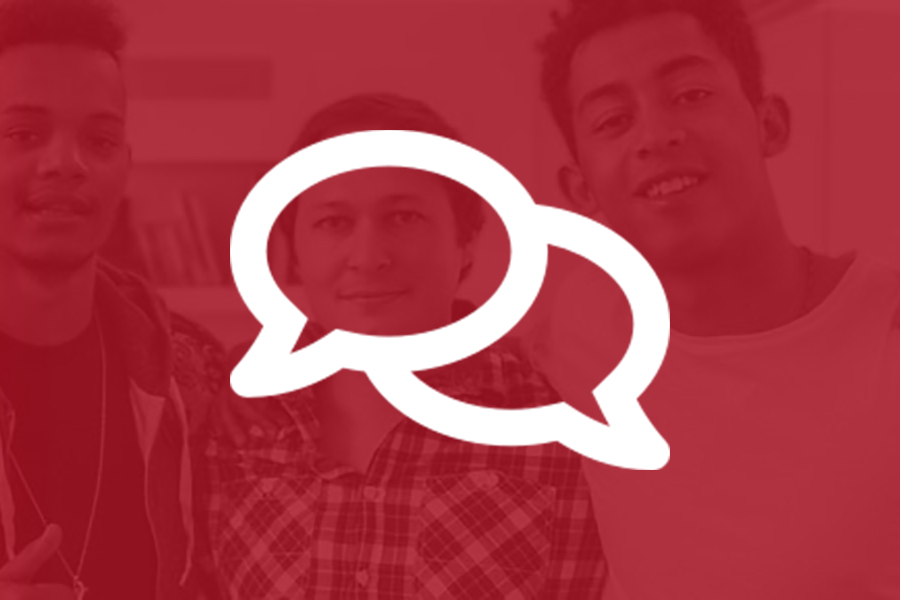 Stand Against Violence Presents: Violence Prevention Discussion 4 (Monday 15th March 2021) County Lines Q&A featuring Neil Woods and Hallam Walker-Smart The Guests: Neil Woods Neil is a former Detective Sergeant who has had more exclusive access than most to drug gangs through his undercover work in the past. He is now chairman of LEAP…
Read more 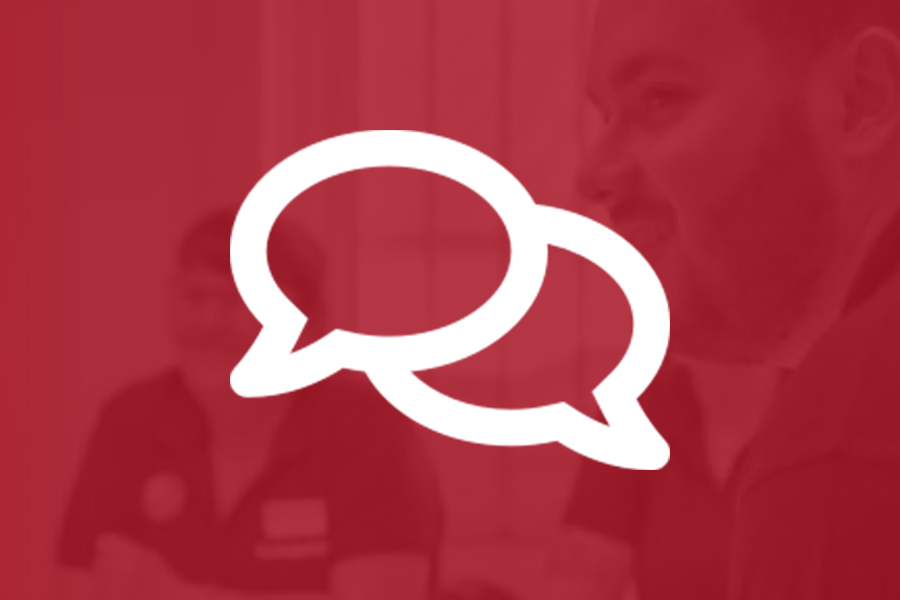 Stand Against Violence Presents: Violence Prevention Discussion 3 (Monday 1st March 2021) The Guests: •Rabina Haque - Rabina is a freelance probation officer with extensive experience in the field of domestic violence who has developed a programme aimed at reducing the risk of reoffending and harm. •Holly Taylor-Dunn - Holly has been working in the…
Read more